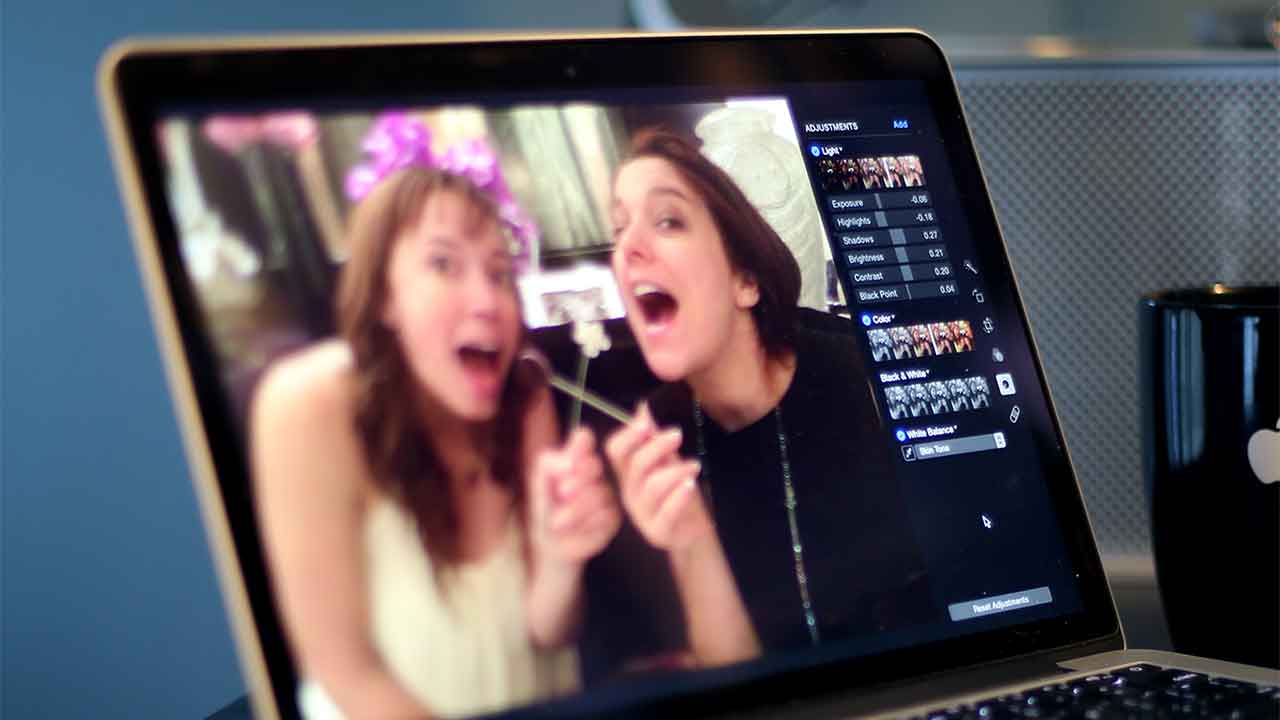 Photos for OS X FAQ: What you need to know! Our long national iCloud photo-syncing nightmare is almost over: Photos for OS X, Yosemite’s official successor to iPhoto, is now available with OS X 10.10.3. What’s changed from iPhoto? What’s stayed the same? Read on. You can also check out our super in-depth Photos for OS X Ultimate Guide and iCloud Photo Library Ultimate Guide for more information, how-tos, and walkthroughs.

Will I be able to import my iPhoto or Aperture Library into Photos?

You bet! Your iPhoto or Aperture library is compatible, and can be imported seamlessly into the Photos app. When you first launch Photos, it’ll either auto-convert your primary library or ask you to pick which library you’d like to import.

Your old library won’t be converted, just imported, so you can still open it in Aperture or iPhoto if you like (though once you import, if you do anything new with that library in Aperture, it won’t carry over to the Photos version).

The new Photos library references the same master images as your old library, so you don’t need the space to store images twice. It also makes for an incredibly efficient migration process.

Can you import multiple libraries?

If you want to unify your photos, we suggest combining your libraries into one master Aperture library first.

Note: If you have images that *aren’t organized in a formal library setting, you can import any of those — be they individual images or a folder — into Photos with no issue.

Will I have to store my photos in the Photos Library?

Nope! There’s a setting you can uncheck to just link to your photos in their existing locations, rather than directly importing/duplicating them. Unfortunately, if you use reference files, you won’t be able to sync with iCloud Photo Library. (If you’re just storing your Photos Library on an external drive, you should be fine.)

What about duplicates in my library?

The Photos app will check for duplicates during import, like iPhoto or Aperture. And if you have iCloud Photo Library enabled, iCloud will check periodically for any duplicated content and unify it server-side.

There unfortunately appears to be no way to check for duplicates after import with in the app itself, however.

What happens to my Stacks, Projects, and Events from Aperture and iPhoto when I import them into the Photos app?

They’re all converted to Albums (and folders holding albums) so that you don’t lose any of your prior organization. These albums are Mac-only, however; they don’t sync with your iOS devices.

Okay, so do you need to enable Apple’s iCloud Photo Library to use Photos?

You don’t! You can use the Photos app as an offline storage home base for your images if that’s what you want.

That said, we think you probably should enable iCloud Photo Library if you’re willing to pay for Apple’s extra storage costs ($1/month for 20 GB; $4 for 200 GB; $10 for 500 GB; $20 for a terabyte). It provides you with an online, always-there backup as well as easy Web access to your photos on your other devices — be they Mac, PC, iOS, Android, what have you. And Macs and iOS devices have the Photos app in which to view and edit their images.

How does iCloud Photo Library work?

When you enable it on your Mac, the Photos app immediately uploads every image in your library to the cloud. (There’s no way to exclude images, so if there are pictures you’d rather not keep online, we suggest not storing them in this Photos app library; you can always create a secondary library if need be.) From there, you can adjust whether you want to keep the high-res versions of all your photos on your computer, or optimize your storage.

Optimized storage? What does that mean?

If you select optimized storage, your computer will only store a percentage of your images on-device at high resolution, with the rest available from iCloud. That percentage changes depending on how much free space you have available on your Mac, and it intentionally doesn’t take up the entirety of your hard drive. (You won’t have to worry about your optimized library only leaving you 500 MB of free space to work with on a 128GB MacBook Air, for instance.)

High-resolution pictures and video are prioritized behind the scenes, with specific groups of images — say, favorites and recently edited photographs — chosen to be stored locally. Additionally, any time you open up an image to edit it, the high-resolution version is pulled down from iCloud’s central repository.

Absolutely — they’ll import into the Photos app and upload to iCloud Photo Library.

How do I know if a photo is stored locally or not?

Like with iTunes, files that aren’t stored on your device appear with a cloud icon atop them.

Can I delete a locally-stored photo from my computer without deleting it from iCloud?

Nope. iCloud Photo Library does all of that magic behind the scenes, so you shouldn’t have to manually delete anything. And if you want to, you’re unfortunately out of luck.

What’s happening with My Photo Stream? Does it still exist?

My Photo Stream — which uploads the last 1000 photos (or 30 days’ worth) to the cloud and your Mac for free — is alive, well, and continuing into the foreseeable future with no plans on Apple’s part to change it. If you have iCloud Photo Library enabled, it will sidle off into the background and you shouldn’t really notice it. Those who choose to keep iCloud Photo Library disabled, however, will still see the My Photo Stream option.

What about editing? Are the tools pro-worthy?

On first glance, Photos for Mac offers the same three Light, Color, and B&W edit sliders that are present on the iPhone and iPad — both their simplified and in-depth versions. Photos gets a few extra tools not present in the iOS lineup, however, including detailed histograms, sharpening masks, a vignette tool, levels, definition, white balance, and more. It may not be quite Photoshop- or Pixelmator-level without layers, but as a general color-correction and editing tool, it should please many former Aperture and Lightroom users.

Like iPhoto, all your adjustments are non-destructive, with your specific settings even staying in place after you press Done, so you can pop back in at any time to readjust.

Does “Open In” still exist?

Not currently, no. Photos for Mac does support OS X’s Sharing Extensions, however, so other apps and services can present themselves right in the standard Share menu. But there are no action extensions, a la iOS 8, that allow you to use third-party editing tools from within the app.

Yes! Though they’ve been removed from iOS, print projects are back front and center in the Photos app. Apple is offering new book styles (including square books); auto-sized photographs, which allow you to print panoramas; posters; calendars; cards; and more. And the entire print project area has gotten an iOS 8-style makeover — nice and clean with a birds’ eye overview of the process.

Will Photos for Mac work for DSLR owners and Aperture/Lightroom lovers, or is it just for iPhone photography?

From my limited time with the app, it’s absolutely a great tool for iPhone and DSLR users alike. If your goal is heavy-duty organization, however, I’m not sure if it’s a perfect replacement for Aperture or Lightroom; keywords exist, but flags have been replaced with the “flag” keyword and a premade smart album, and a lot of custom metadata options from Aperture aren’t present in the Photos app.

For my semi-pro usage and large photo library, I think the Photos app will be just fine — far better and smoother to work with than iPhoto, that’s for sure. I just can’t say yet if it’s going to be the perfect tool for power organizers.

You mentioned a flag smart album. Does that mean smart albums live on in Photos?

They do! Though sadly, they’re Mac-only at present and don’t sync with your iPhone. You can create and adjust smart albums within the Photos app, just as you can in iPhoto and Aperture.

Will it be as clunky as iPhoto was with big libraries?

Time will tell, but so far, neither myself nor Rene have found Photos to be anything but speedy. Ally experienced a little sluggishness in larger albums while scrolling. That being said, many of the memory leaks that plagued iPhoto appear to be gone in the Photos app.

If you have any other questions on Photos for Mac, let us know in the comments and we’ll try and get to them ASAP. In the meantime, you can keep up with all the Photos news on our Photos for OS X topic page.