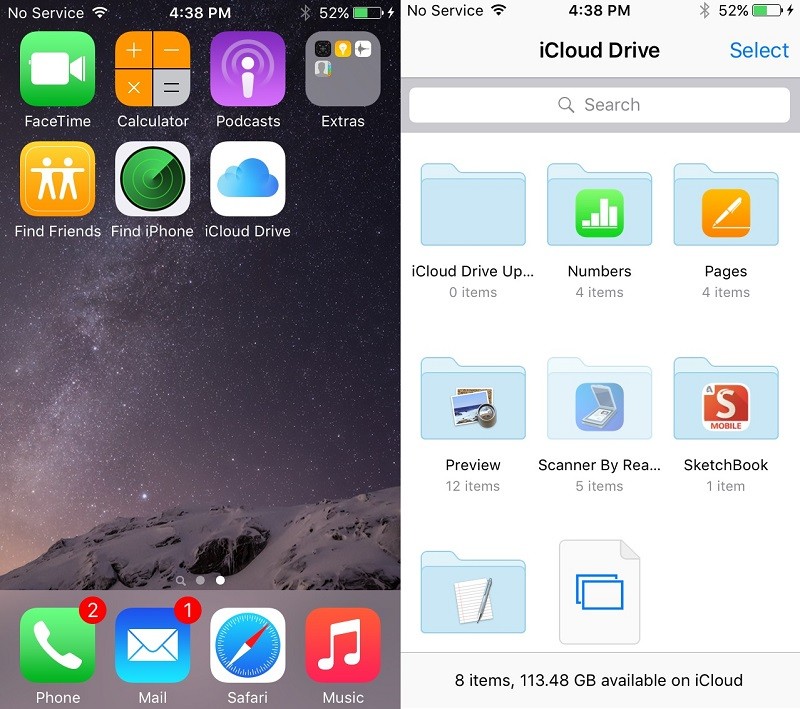 Apple covered the major new features of iOS 9 during today’s keynote event, introducing a more intelligent and proactive Siri, split-screen multitasking for the iPad, major performance enhancements, Transit directions in Maps, a new News app, and more, but there are hundreds of other minor improvements that went unmentioned.

We’ve gathered up a list of some of the more notable changes and hidden new features in iOS 9 that have not yet been mentioned, to give you a better idea of what we can expect to see when the new operating system is released in the fall.

iCloud Drive – It wasn’t mentioned during the keynote, but there’s a new optional iCloud Drive app on iOS that can be turned on in the Settings menu. The app lets you access files stored in iCloud Drive. 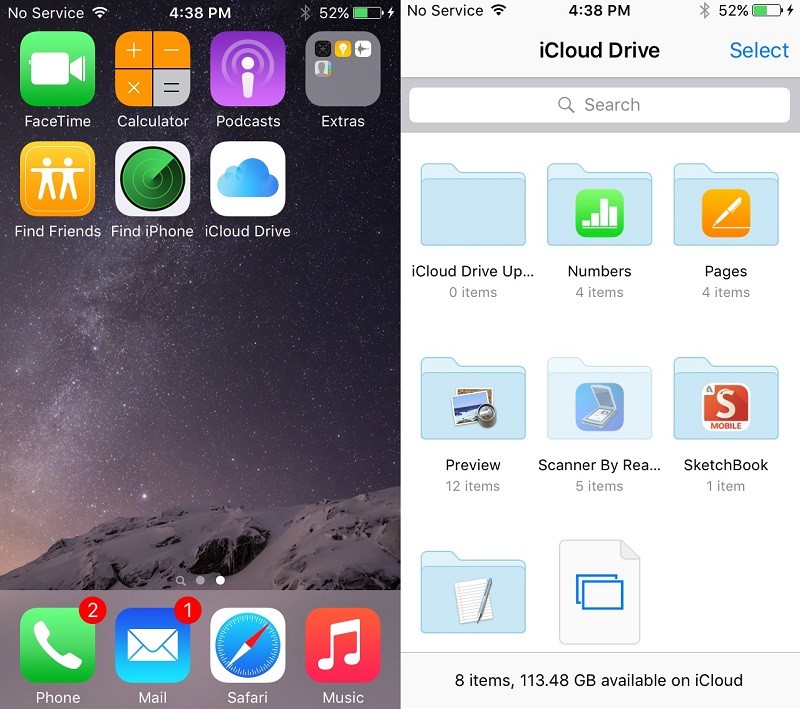 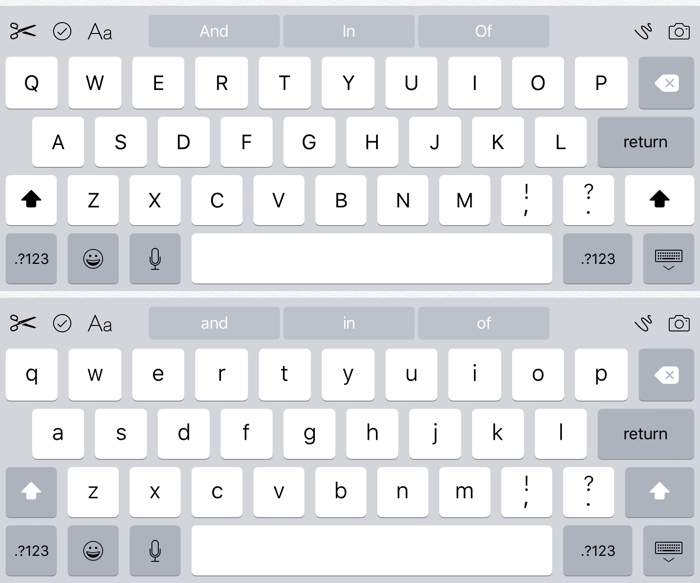 Shift on at top, shift off at bottom
Find My Friends/iPhone – Find My Friends and Find My iPhone are both default apps with iOS 9 and come installed automatically. Before these needed to be downloaded from the App Store. Find My Friends can be added to the Notification Center, where it tracks the location of your friends. 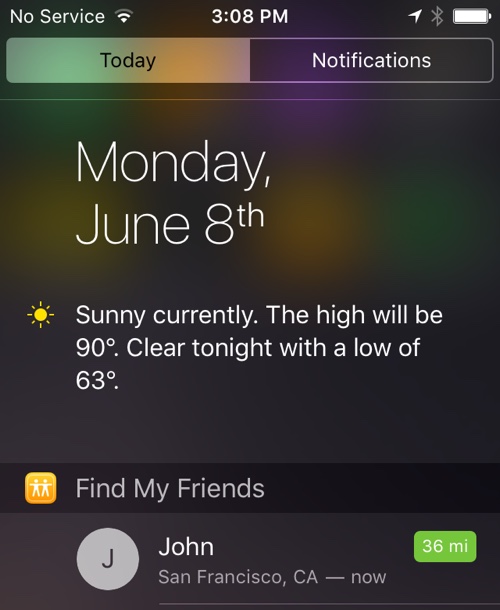 Battery saving – Using ambient light and proximity sensors, your iPhone now knows when it’s facedown on a table and will not turn the screen on, even when a Notification is received. Other enhancements add an additional 1 hour of battery life to the iPhone with iOS 9, and there’s a new Low Power Mode that increases battery life another three hours. 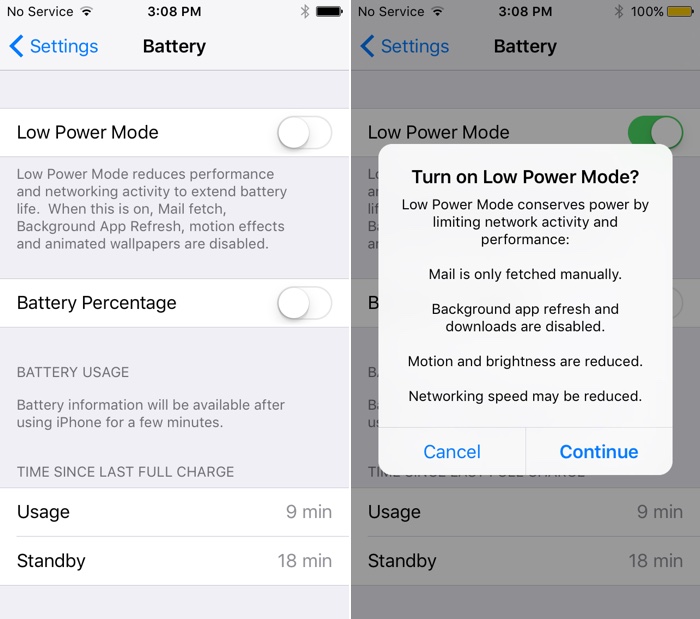 Battery settings – To go along with all the new battery features, there’s a new dedicated “Battery” section in the settings app, where Low Power Mode can be turned on. It also displays battery usage information. With Low Power Mode, background activity, motion effects, and animated wallpapers are disabled. Battery information is also displayed in the Notification Center, for both Apple Watch and iOS device. 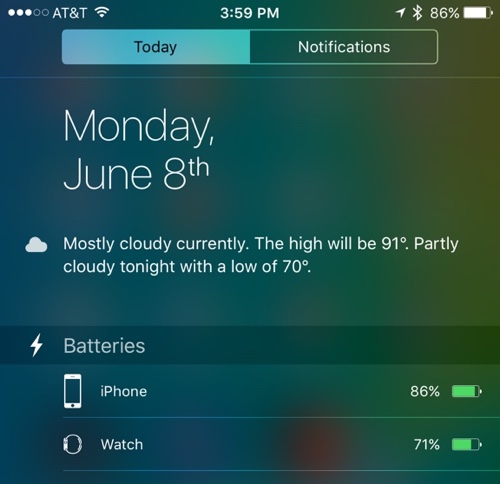 Passcode – When setting a Passcode, you’re now required to enter six digits instead of four for increased security. 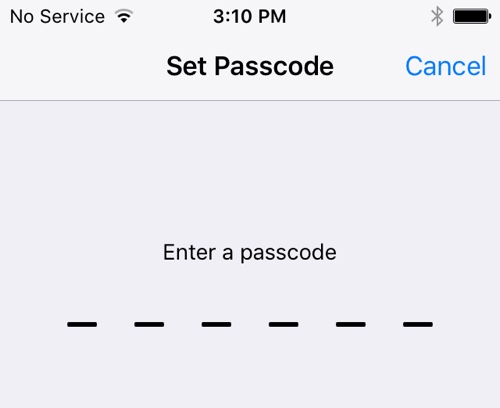 Photos – When you view a photo on the iPhone or iPad, there’s a new option at the bottom that lets you quickly flip through all of the photos on your device.

Siri – Siri has an all new design that looks more like Siri on the Apple Watch. Your iPhone or iPad will also now vibrate when Siri is activated by holding the home button.

Side Switch – There’s now an option on iPhone to use the side switch for Lock Rotation or Mute. Previously this option was limited to the iPad. 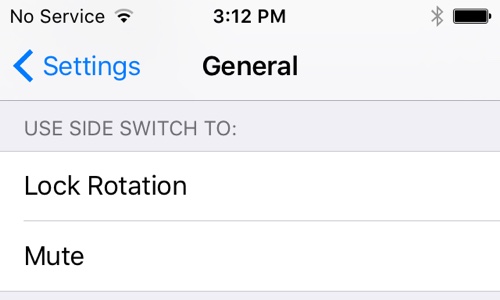 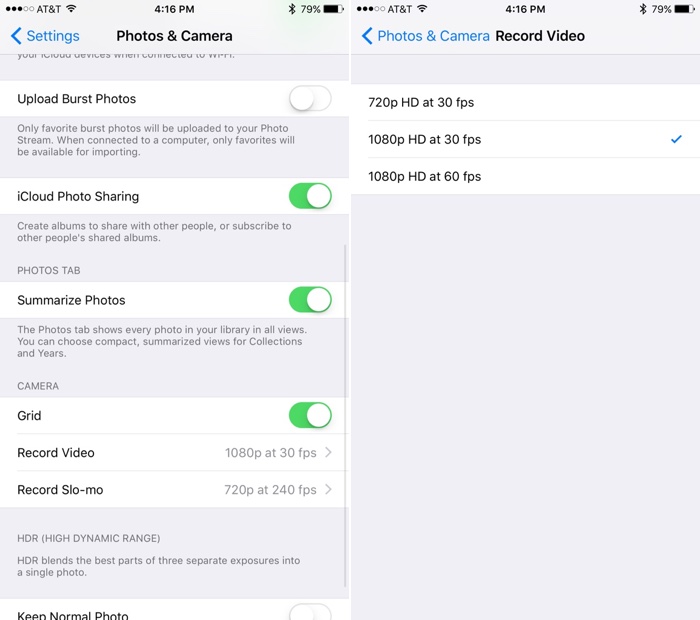 Mail – You can now add email attachments to messages in the Mail app, which sources documents from iCloud Drive. 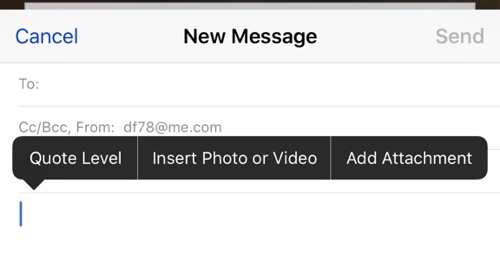 Contacts – Contacts are no longer shown in the App Switcher. Instead, you access them from the Proactive menu by swiping to the left on the home screen. 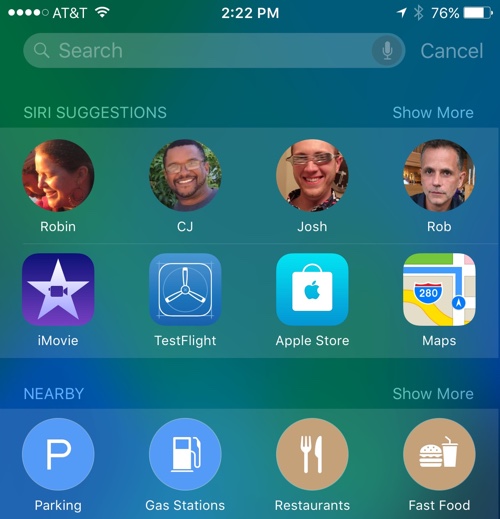 Settings Search – There’s a new search bar in the Settings app that lets you quickly locate a specific setting. 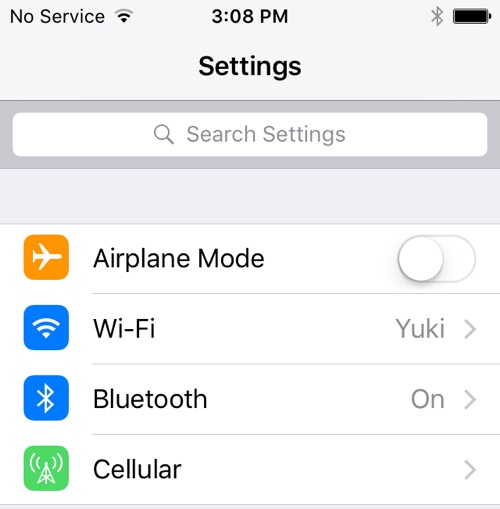 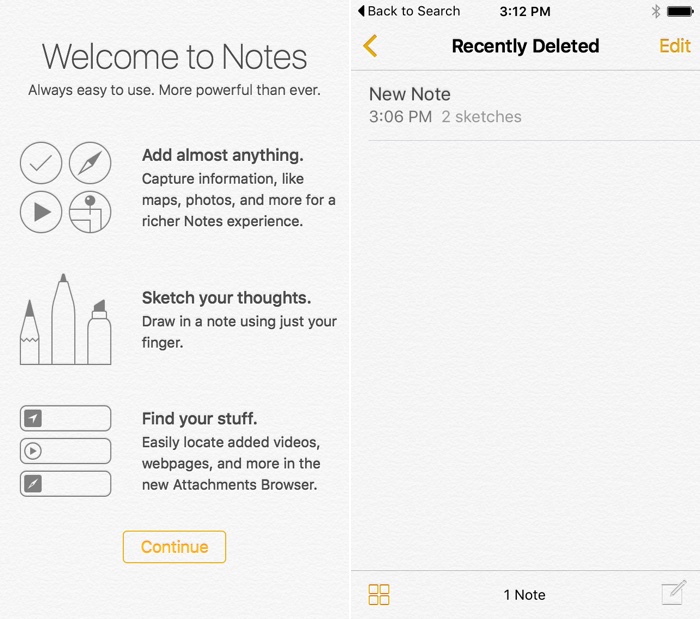 Podcasts – The Podcasts app has been revamped with a new option that displays all Unplayed podcasts and a section that houses all of your stations in a list.

Notification Grouping – You can once again group Notifications by app, rather than by time and date received. This setting is new in the Settings app, and time and date sorting is the new default. 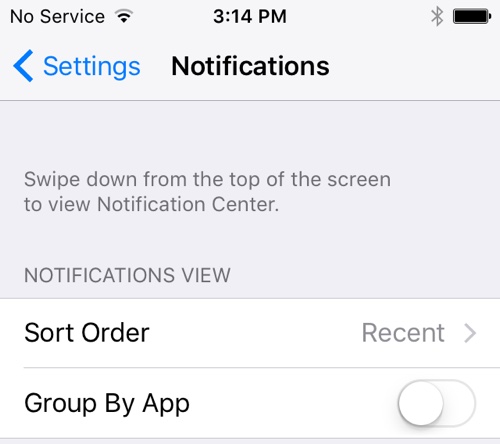 Go Back to App – When you tap on a Notification or a link in Safari and it opens a new app, you can go back to the previous app using a new “Go Back” button.

Vibration and Shake to Undo in Accessibility – It’s possible to disable all vibrations on the iPhone and there’s an accessibility option for turning off “Shake to Undo.” 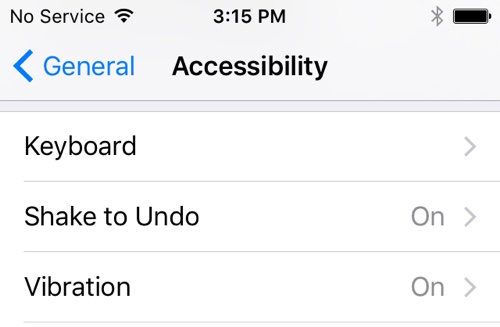 iOS 9 is currently available to registered developers, and it will be available to public beta testers beginning in July. After an extended testing period, the new operating system will launch to the public in the fall months.