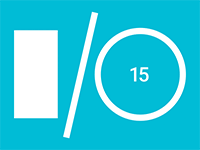 Google Photos is finally here, and that means we have a new photography tool to play around with on our phones and computers.

After being tied completely to Google+ (woefully) for some time, Photos has finally been broken out into its own apps for Android, iOS and the web. Google Photos, as it’s now known, adopts the same icon as the old app (which was really just a stub to the Google+ back end) as well as many of the same features, but is also developing its own identity since gaining independence from Google+.

That means you technically no longer need a Google+ account to use it, and your photos now get a first-class experience with their own apps and website.