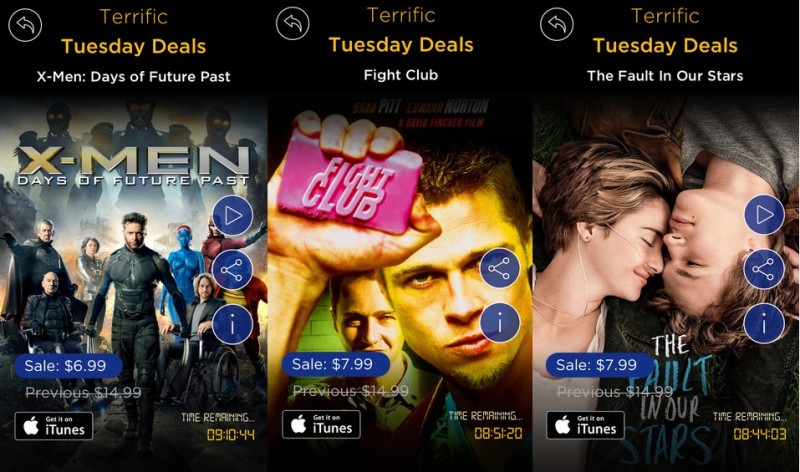 Fox today debuted a new app called Movie of the Day! [Direct Link] which aims to provide customers a new daily discount on one movie from Fox’s large catalog (via Engadget).

Every day the app updates with a new movie deal, ranging from “from blockbusters to acclaimed indies, and everything in between,” at a discount which goes up to 70 percent off of the original price. To start off, the app is available only for iOS devices, but there are plans to expand to other app stores like Google Play. In addition to the basic daily discount, the app also lets users browse a movie’s cast, check out other user reviews, and read a quick synopsis of the film. 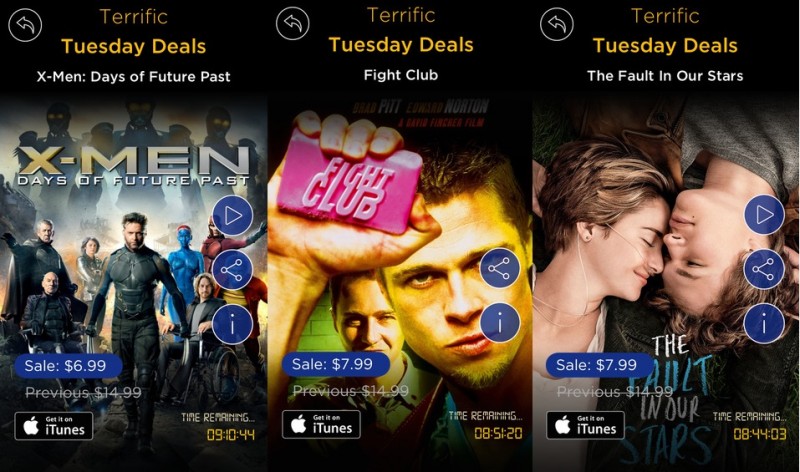 Going live today in United States, Canada, United Kingdom, Australia, Germany and France, the app’s first discount is a $6.99 version of X-Men: First Class, originally $14.99. Every movie showcased within the new Fox app links back to the iTunes store, so anyone taking advantage of the daily sales will be able to build up their iTunes movie catalog at a cheaper rate than normal.

Although the company hasn’t made any confirmation of the next few movies to be showcased, the app’s screenshot carousel hints that films like Rio 2, Fight Club, and The Fault in Our Stars could be discounted in the coming weeks. Those interested can download Movie of the Day! for free right now on the App Store.