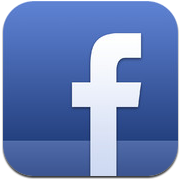 Facebook is in the early stages of planning a dedicated music streaming service, with the intention of competing against the just-released Apple Music along with other industry heavyweights like Spotify and Rdio (via Music Ally).

A few reports earlier in the month tied the company to record labels with the idea of creating an ad-supported native video service, but according to sources speaking to Music Ally off the record, the bigger picture is to build an in-house music streaming service for Facebook users across the globe.

Sources told Music Ally that talks for the music-video side of things are at an advanced stage, with a rollout expected to happen in the next few months.

It’s Facebook’s plans to build on this with a Spotify-style audio streaming service that are making waves within the music industry, even though the launch date and specifics of the business model and payout formula have yet to be nailed down. Sources have told Music Ally that an audio service is very much on Facebook’s roadmap, but that both the social network and rightsholders realise that it has to get the monetised-video service right first.

Given Facebook’s history of acquiring various technology companies into itself — Oculus, Instagram, WhatsApp — it’s easy to see the social media giant doing the same in attempting to build its own streaming service. All the same, Music Ally‘s sources suggest Facebook wants to “build rather than buy,” but at this point nothing is “set in stone.”

Competition in the music streaming business is beginning to heat up with the launch of Apple Music. Just yesterday, Spotify began encouraging customers to cancel their subscriptions made through the App Store and to sign up again on its website to save $3.