Facebook’s News Feed has gone through a number of changes over the years, with the company attempting to streamline the best way for users to visualize the content they care most about right at the top of the social media site. Today, Facebook hopes to be one step closer to that goal, with the roll out of a new “See First” option to its iOS app that will allow users to choose up to 30 people or fan pages that will automatically appear at the top of their News Feed every time they check the site (via Re/code). 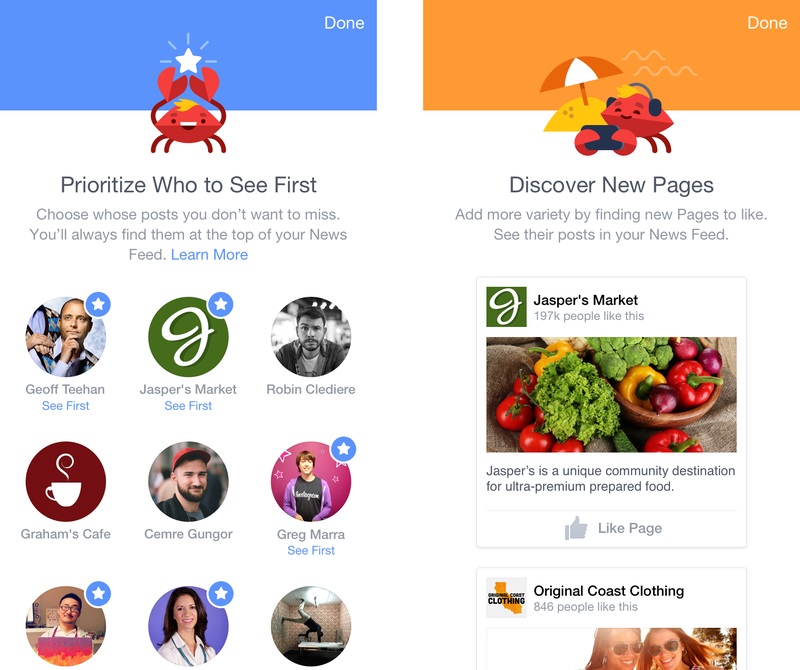 Photo via The Verge
As Re/code reports, Facebook promises that any pages or people added to a user’s See First list won’t be used to target customers with ads. In fact, Facebook hopes that the more streamlined experience will encourage users to visit the site more often, and perhaps counterbalance the fact that users may generate less ad income for the company thanks to not needing to scroll through the News Feed for as long anymore.

“It sounds counterintuitive, but the worse we do on rankings, the more we make people try and scroll through, the more likely they are to just go away,” a company spokesperson told Re/code. “If we show you the stuff you really really want first, you’ll come back more often.”

The update will present users with possible suggestions for following pages and people when initially beginning the process to set-up a See First list, and also allow users to unfollow friends and pages from within the app, which you could only do on the web in the past. The update for Facebook [Direct Link] will begin rolling out throughout the day today, with the company promising the same features will be coming to Android and the web sometime soon.