Earlier this week, Apple began sending out emails to iOS developers, offering them a chance to purchase a 42mm Apple Watch Sport with a Blue Sport Band guaranteed to ship by April 28, 2015. Apple had a limited number of devices to provide to developers, and used a lottery system to determine who would get the chance to purchase one of the available watches.

Developers who registered for a chance to buy one of the watches with a guaranteed delivery date and won the lottery have just begun receiving emails with purchase instructions. Apple is asking winners to complete a purchase by 5:00 p.m. local time on April 27 to take advantage of the shipping date. 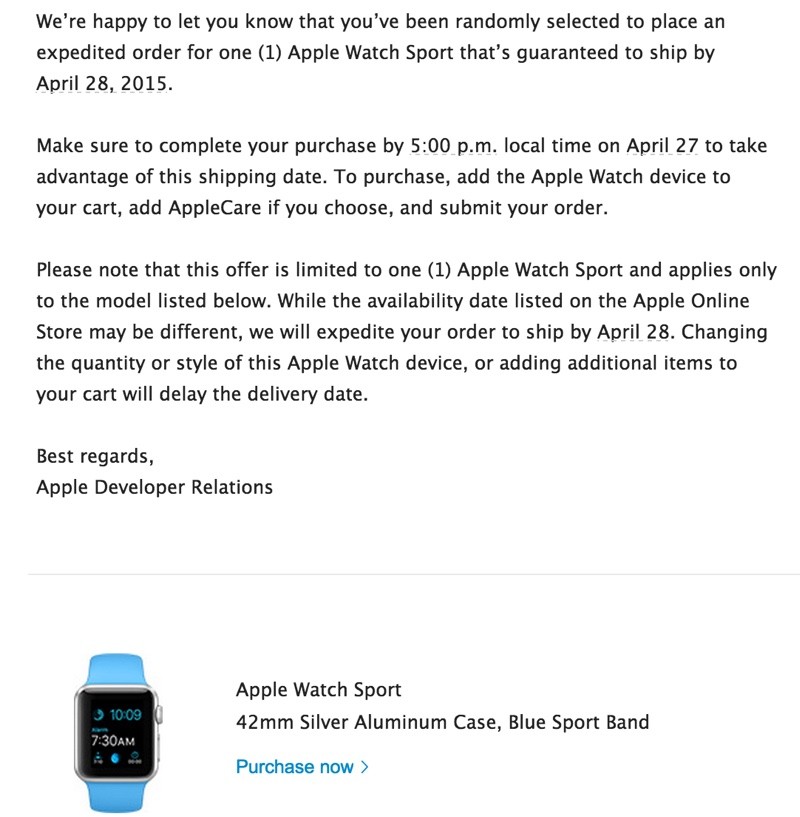 It’s not known why Apple only offered 42mm Apple Watch Sport models with Blue Sport bands, but it can be assumed that the combination may have been one that the company had an ample supply of. Apple is providing developers with watches in an effort to give them devices to test Apple Watch apps on.

A guaranteed April 28 ship date means developers who purchase one of the available devices will receive an Apple Watch just a few days after customers who pre-ordered receive theirs.