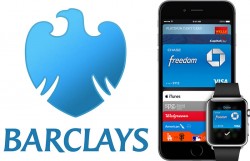 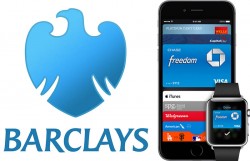 Barclays today announced that it will support Apple Pay for debit and credit cards in the United Kingdom in the future, confirming a MacRumors report that claimed the bank expected “imminent” support of the mobile payments service.

Apple Pay officially launched in the U.K. earlier today and can be used at more than 250,000 locations across England, Scotland, Wales and Northern Ireland. A full list of retail shops and apps that accept Apple Pay can be found on Apple’s website.

We are really excited about the launch of Apple Pay and will bring Barclays debit cards and Barclaycard credit cards to Apple Pay in future.

Apple has also updated its Apple Pay participating banks list in the U.K. and moved First Direct and HSBC to the “coming soon” section. First Direct has confirmed on Twitter that Apple Pay will be “available later in July,” while HSBC tweeted that it will be “launching Apple Pay by the end of this month.” It was expected that the banks would support Apple Pay in the U.K. at launch today.

@davidashleyrw I'm sorry you feel the need to leave Ashley. We will be launching Apple Pay by the end of this month. ^JH

Previous BBC to roll out update for iPlayer Radio with offline playback
Next iBooks Author 2.3 adds support for ePub 3, opens up ebook creation to anyone