As construction continues on what will be Apple’s fourth retail store in Hong Kong, located in the upscale shopping area of Canton Road, new pictures of the store’s facade with an Apple logo shared by iMag on Facebook officially confirm that the Cupertino-based company will soon be opening up shop in the area. The store has been planned since at least August 2013 and under renovation for the past several months. 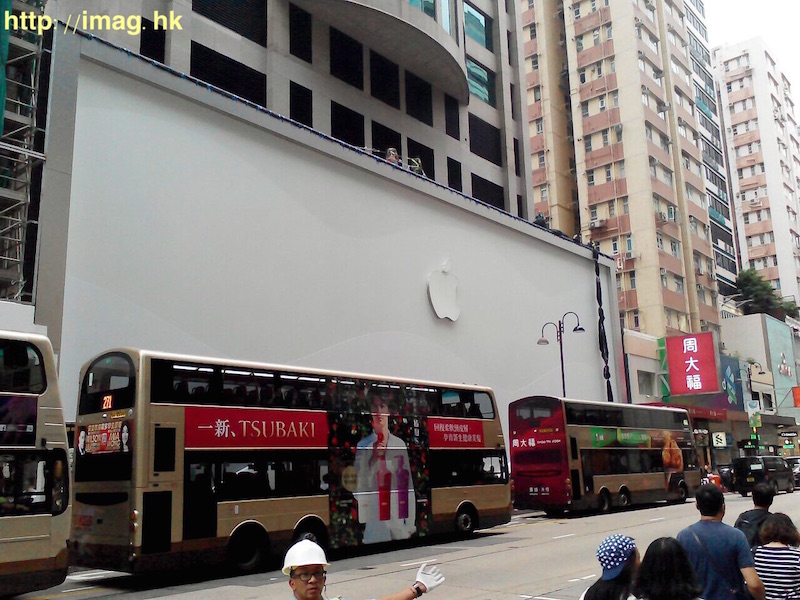 The new Canton Road location is expected to be one of the biggest Apple Stores in Asia and will mark the fourth store in Hong Kong alongside Causeway Bay, Festival Walk and IFC Mall locations. It remains unknown when the new store will open to customers, but Apple appears to be in the final stages of construction and should announce grand opening details on its website in the coming weeks or months.