Apple Working to Add Home Sharing for Music in iOS 9 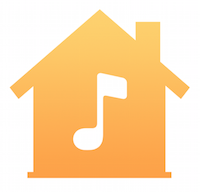 With the release of iOS 8.4 and the new built-in Apple Music service, Apple removed Home Sharing for music on iOS devices, a move that many Home Sharing users have been upset about.

Wording in the release notes for the last iOS 8.4 beta suggested that Home Sharing and Genius Mixes were “not currently available,” hinting that the features could return at a later date, and it appears that is indeed Apple’s plan.

In recent weeks, Apple has been embracing social media, with Eddy Cue answering several questions about Apple Music and related services. Cue also used Twitter to announce Apple’s plans to pay artists during the Apple Music free trial after an open letter from Taylor Swift, and he informed users about an upcoming iOS 9 beta seed that will add Apple Music to the new operating system.