Early Apple Watch models were found to have a hidden diagnostic port used to allow Apple engineers to diagnose problems with the devices, but reports at the time were unsure if the feature would be included in models shipping out to consumers. Apple Watches have now arrived in Australia, giving us our first opportunity to further investigate the diagnostic port. 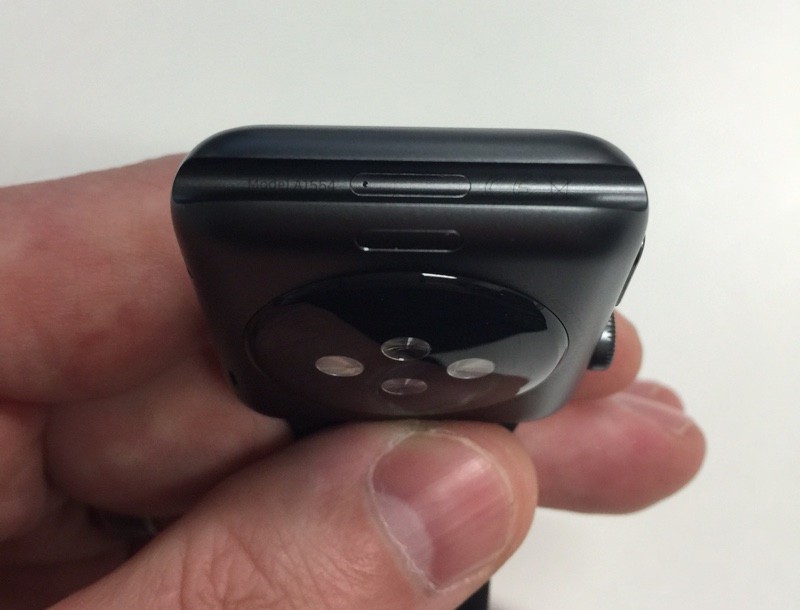 MacRumors reader MrLaforge has received his Space Gray Apple Watch Sport and has taken high-quality pictures of the casing, giving us a look at what appears to be the diagnostic port hidden underneath a cover. The port’s cover looks a lot like the SIM card slot on an iPhone 6, and it appears that it might open in a similar way, giving Apple employees a way to run diagnostics on the Apple Watch when it’s brought in for service. 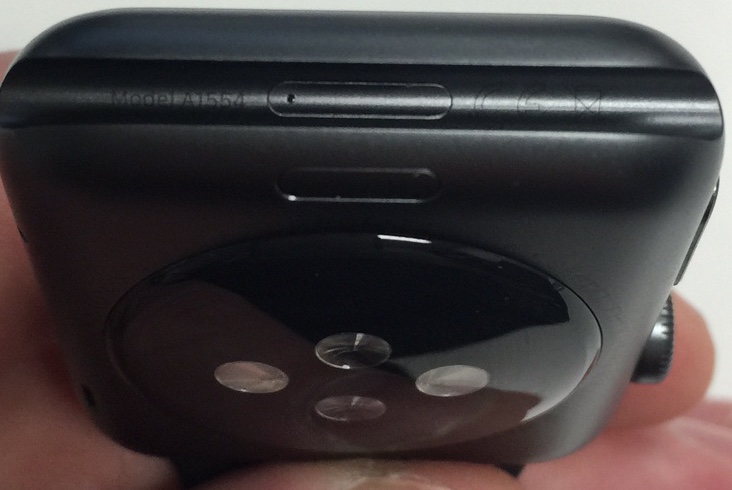 The same covered diagnostic port was also present in Apple Watches provided to media sites for Apple Watch reviews earlier this month. At Apple Stores, devices on display have the same ports, but they remain uncovered, presumably to make it easier for employees to continually monitor and adjust settings on the devices.

A report from TechCrunch has speculated that this diagnostic port could also potentially be used for smart band accessories in the future, but it is unclear if that is something that Apple is planning on introducing.