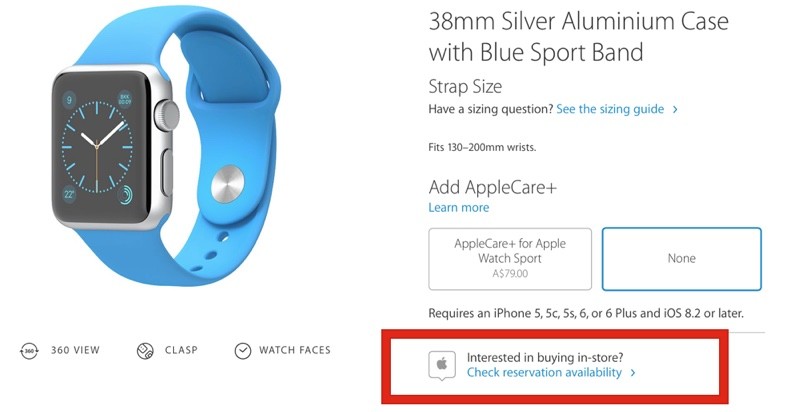 We reported this morning that Apple Watch shipments had begun arriving at Apple Stores in the United States ahead of the imminent launch of in-store availability, and it now appears that in-stores sales of the Apple Watch will indeed begin tomorrow, on June 17.

It’s now after 10:00 a.m. on June 17 in some parts of Australia, and Apple Stores in the country have begun offering in-store Apple Watch reservations and pickups. In the Australian online Apple Store, when selecting a watch, there’s now an option that says “Interested in buying in-store?” with a link that allows buyers to check reservation availability. 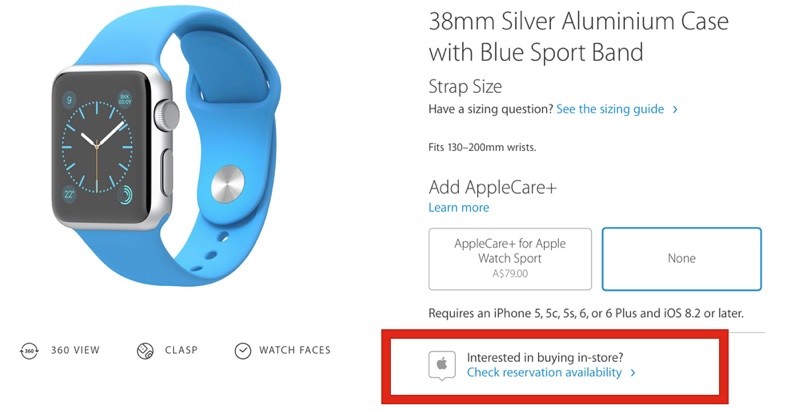 After choosing to select a reservation, there’s a drop down menu that shows nearby Apple Stores, letting users see whether a particular Apple Watch is in stock. If a watch is in stock, the site displays a green checkmark and the next available reservation time. Making a reservation requires a phone number to be entered, allowing Apple to text a unique registration code. After receiving a code, buyers have 30 minutes to complete a reservation. 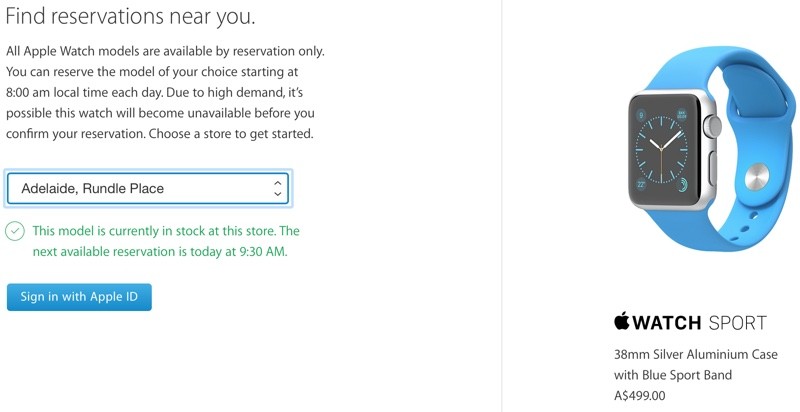 Apple Watches that are not in stock are listed as unavailable for in-store pick-up, with Apple providing instructions to check stock levels again at 8:00 a.m. each morning, when inventory for the day is updated.

With the Apple Watch now available in-store in Australia, it’s likely that all first wave launch countries will be seeing in-store sales starting as June 17 rolls around in each location. The reservation process will likely be the same as the process that’s currently available in Australia, so potential Apple Watch buyers in the United States should check stock levels right at 8:00 a.m. local time.

Stock levels of each watch remain unclear, but in Australia, many stores appear to have a mix of Sport and Stainless Steel Apple Watches available. Many of the more limited Apple Watches, including those in Space Gray and Space Black, are not currently available, nor are those with limited bands like the Modern Buckle and the Link Bracelet. It’s likely that stock levels in the United States will be similar.