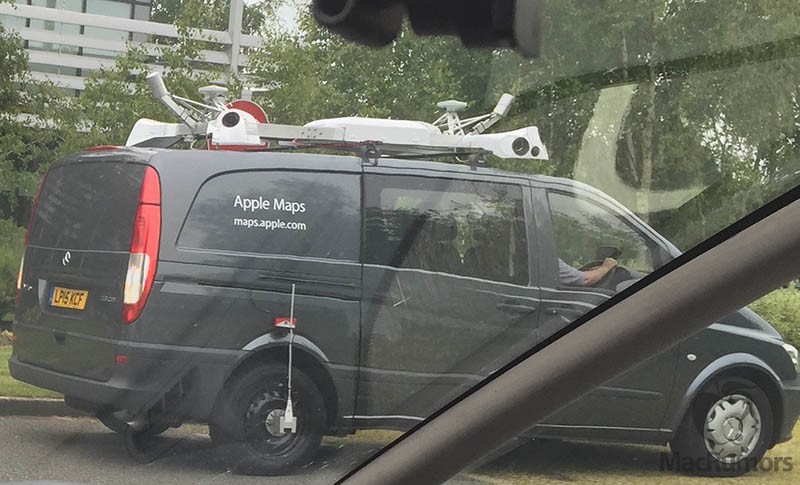 Apple’s fleet of vehicles collecting street-level mapping data has arrived in the United Kingdom as planned, with the first verified sighting in Solihull, England, approximately two hours northwest of London. While camera-equipped fifth-generation Dodge Caravans have been used to collect mapping data in the United States, Apple appears to be using second-generation Mercedes-Benz Vito vans in Europe. 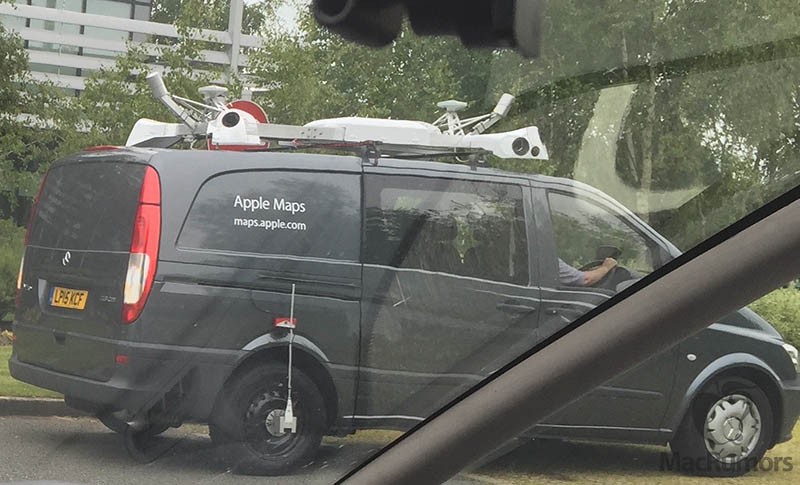 Apple Maps van driving in Solihull, England in June 2015
Apple confirmed earlier this month that it is driving vehicles around the world to collect data to improve Apple Maps, and the mapping imagery is almost certainly being used to create a Google Maps “Street View” competitor. Apple Maps vehicles are also taking photos of businesses and storefronts in major metropolitan areas to replace current imagery provided by third-party sources such as Yelp.

The cities and regions where Apple Maps vehicles will be driving in England through July:

Apple has also updated its Apple Maps vehicles website with a new list of locations where it will be collecting data between July 1 to July 14, with notable additions including New Orleans and unmapped areas in Santa Clara County. Apple may also be at least temporarily finished collecting data in multiple states it has canvassed over the past several months, including Arizona, Florida, Georgia and Hawaii.