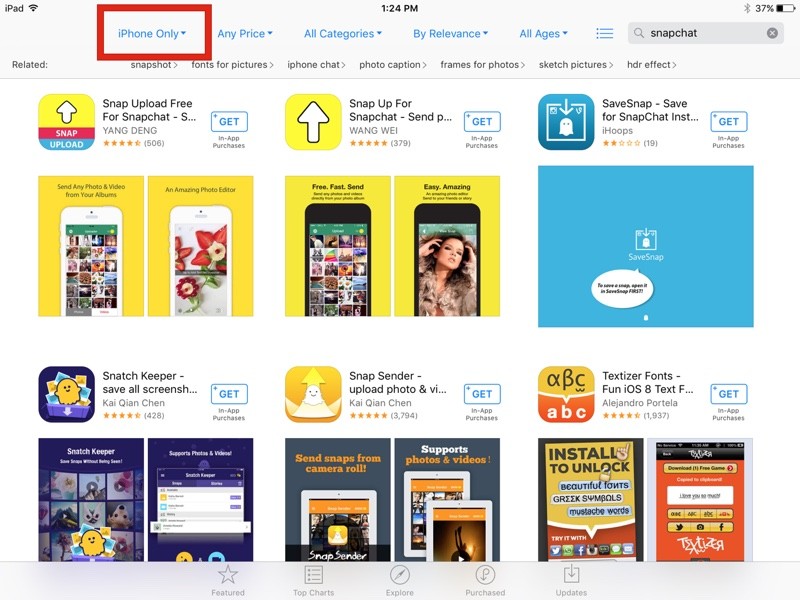 It appears some iPad users are seeing a bug in the iOS App Store that prevents them from being able to locate and download iPhone-only apps. When using an iPad to search for an app that’s only available on the iPhone like Instagram or Snapchat, results do not list iPhone-only apps even when the “iPhone Only” filter is turned on.

For example, in a search for “Snapchat” on an iPad Air 2 with the “iPhone Only” option selected, the results that are displayed include only universal apps made by third-party companies. The actual Snapchat app does not come up in the results at all, preventing it from being installed on an iPad. A test for several other iPhone-only apps revealed the same search error. 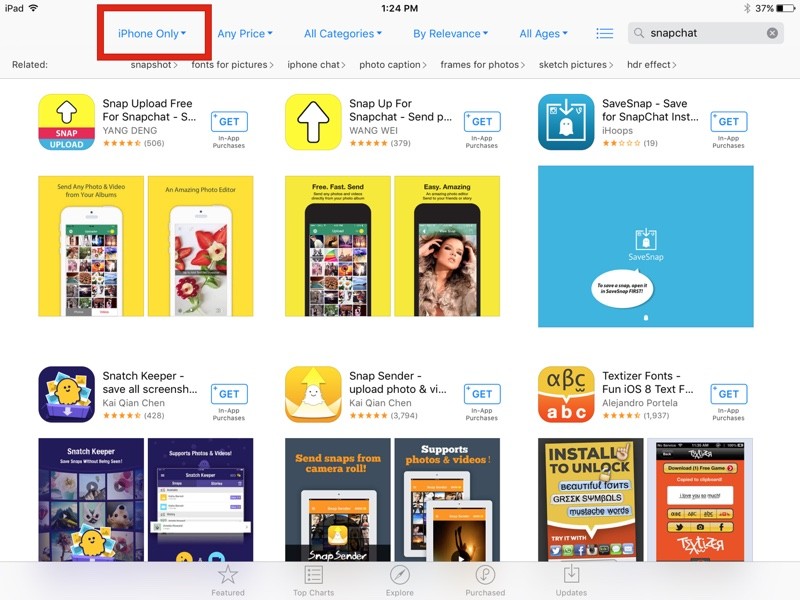 It is not clear when this App Store search bug started, but we first saw an issue last night and a MacRumors reader alerted us to the problem this morning. It is also not clear if all users are experiencing the issue, but each of the iPads we tested failed to bring up the proper search results.

It’s likely this is an error that Apple will fix shortly, and while iPhone only apps can’t be downloaded via search, they’re still available in the list of purchased apps. Installing an iPhone-only app on the iPad can be done by installing it on an iPhone first and then downloading it on the iPad from the purchased list. It’s also possible to search for the app in Safari to get a direct link to it in the App Store.