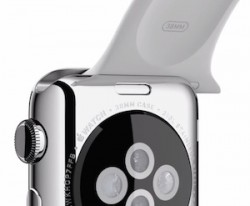 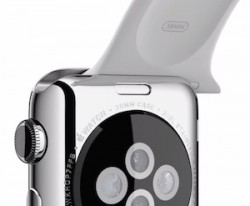 Less than a week after the release of the Apple Watch, a few issues with the wrist-worn device have been spotted by early adopters. The first issue involves full sleeve tattoos interfering with the Apple Watch’s heart rare sensor and skin contact registration, while MacRumors forum member Smickers has shared a new video that shows an Apple Watch with a nonfunctioning band locking mechanism.

“So, I took off my jacket Sunday and out of the sleeve comes my SS Apple Watch and drops on the floor and slides for a bit before stopping. Turns out the locking mechanism wasn’t locking the strap,” writes MacRumors forum member Smickers. “On closer inspection it requires a number of tries, pulling and pushing the strap to get it to lock. It’s just the top strap. One scratched casing, with the glass fine.”

The user claims that after he contacted Apple on Monday to have the Apple Watch replaced through AppleCare, the company requested that he ship the device to Ireland for inspection by an engineering team. Three days later, he allegedly received confirmation from Apple that the Apple Watch was indeed faulty, and the company will be expediting him a brand new device in sealed retail packaging within 24 hours.

Fortunately, this issue does not appear widespread and is only affecting a limited number of users. “I had this same problem when I first received my SS Apple Watch with Milanese Loop,” said MacRumors forum member Ryxmd. “I had it on my wrist and noticed that the top strap had some movement. I took off the watch and tried to get it to lock in. After 3-4 tries, it finally locked into place.”

It is largely unsurprising that the first-generation Apple Watch has a few isolated issues that Apple will inevitably fix, especially given that the wrist-worn device is Apple’s first new product category since 2010. Yesterday, it was reported that defective Taptic Engines from one of Apple’s suppliers has contributed to Apple Watch supply constraints, but fortunately no faulty devices were shipped to customers.